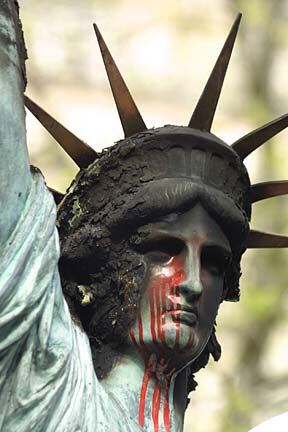 Outsourcing. The future. The only way to make money. No one will get hurt right? Bovine fecal matter.

That's right, I said it. Outsourcing is bad. Really bad; especially when you are talking about intellectual services like web design or software development. Before you start getting your wallet in a bunch, let me explain why I am outrageously making this claim.

I've been in business over 12 years now and I have had many employees working for me over the years. From salespeople to technicians to shipping personnel, I've had all types - but they have all learned from me, me from them and brought that collective knowledge and experience to our families, friends, colleagues and communities. Now; say I outsourced all programming and design services overseas. I would be able to fire all my employees, giving them and their families grief; improve my golf game with all the free time and money I would make; and lose my edge with my competition.

What? lose your edge? Whatever do you mean? Ok, I'll draw you a map.

I stop programming and designing, as does all my local people. Now I not only save money on the guys overseas, I become dependant on them. As time goes on and I use them for all my clients work, I stop improving my skills and my ex-employees are learning phrases like "would you like fries with that?"

Not only are we losing skills, but money as well. If you pay a local guy, he spends that money locally. Eventually, the money you pay out will come back to you. I'll prove it. Mark a few hundreds or twentys and pay your employees with them as bonuses, petty cash, etc. I will bet you you'll see those bills again before you see a dime come back from India. Here's another lie - we need more HB51s. More bovine fecal matter.

With unemployment hitting the double digits and my friends in programming working at 7-11, it's painfully obvious that large companies are firing high paid American workers to hire Aliens under the HB51 program and others like it. These low wage programmers come in and replace our citizens, saving these corporations millions a year in wages. Now, whole neighborhoods change; nice quiet towns turned into wastelands as people leave, or strings of strange stores open with foreign languages on all their signs, products and tongues; and the money that used to circulate around your local area and country is funneled overseas, to fund more legal and illegal immigration to displace more of our jobs.

According to a recently published article in the Times, Wall Street's woes have fueled a bona fide bonanza of work in cheaper locales like India and Eastern Europe, where the research tasks that were once handed to newly-minted college grads and M.B.A.'s for salaries in excess of six-figures can be had for a fraction of the cost.

At India-based Copal Partners, which "churns out equity, fixed income and trading research for big name analysts and banks... business is up about 40 percent this year alone." Similar upturns in work have been seen by other third-party firms as well.

"After research, the next wave may include more sophisticated jobs like the creation of derivative products, quantitative trading models and even sales jobs from the trading floors... In the future, executives in India like to joke, the only function for highly paid bankers in New York or London will be to greet clients and shake hands when the deals close."

So - I am doing my part and keeping your money in your city, state and country. Not only will you and I both benefit, but so will many US citizens that I spend my money on, right here is the USA. Besides, someone has to keep their edge...

See part 2 of this article..