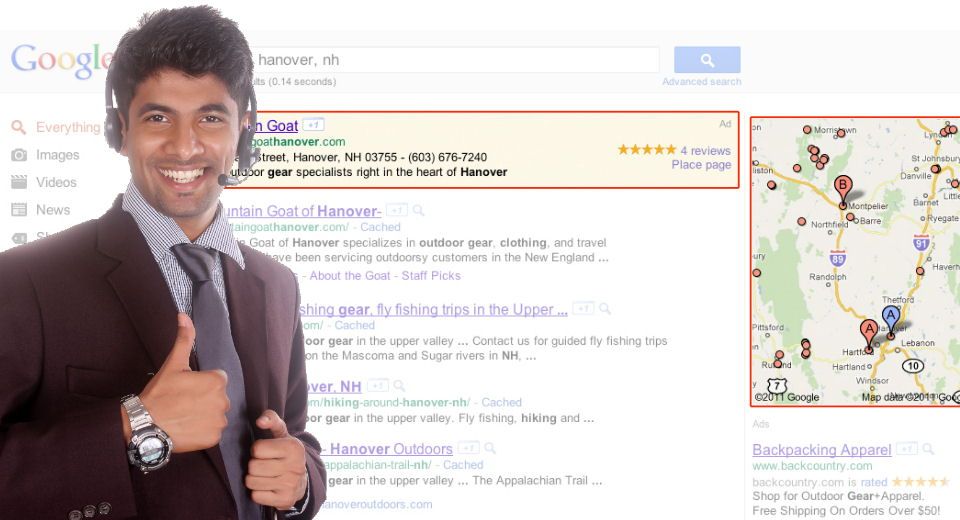 I've used Adwords and Adwords Express for a long time, even went through their certifications and became a Partner (only after I sold enough Ads). That being said, I have a bone to pick with Google, and it seems I'm not the only one.

What is Adwords? Adwords is Google's Pay Per Click program, where you can buy keywords and get your ad on the top of the search results for that word or phrase. You can have a text or image ad, and the cost per click is determined by an auction-type system, where businesses compete with each other, while Google makes all the money. 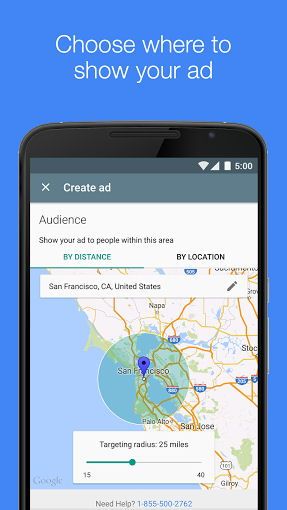 What's the difference between Adwords and Adwords Express? Well class, I'm glad you asked that question, because many out there don't know. Express is a localized version of Adwords, allowing you to choose a radius around your business to display your ad, or you can select specific areas like city, state, etc. It is also cheaper per click, because you're not competing globally for keyword phrases, just with your local competition. Sounds great, right? Hold on there sparky, there is some fine print we need to go over first.

Adwords Express has a few drawbacks. 1. You cannot choose your keywords. Normal Adwords allow you to select any keyword or phrase you want, while Express chooses it for you. You do have the ability to go into Express and filter out keywords you don't like, but only after you've received clicks for those phrases already. Cute. 2. No Image Ads. You cannot use a banner ad, one of the most powerful type of ad. 3. Limited Analytic Data. While you can connect Google Analytics to AdWords Express, the data is only viewable through your Express Dashboard, not the more robust Google Analytics environment.

And the winner, my fav, #4. Overseas Click Fraud. This one kind of shocked me at first. While looking over my Statcounter.com data, I found a number of paid clicks to my site from India, Philippines, and other countries. Once in a while, I would see clicks from California and other western states, which is weird, because we are based in New Hampshire. When I dug deeper, I found a chilling pattern.

We found that over half our daily budget was being used by these overseas clicks. 50% of all our advertising dollars were being spent on mainly solicitors that wanted us to outsource our services, or simply spammed us saying our WordPress site needed more SEO. Which is weird, because we use Joomla...

I then noticed that the data provided by Analytics didn't show these overseas clicks. You see, the Dashboard in Express is where you can see Analytic Data, but it is limited, as I mentioned before. So, was Google actually making money on these clicks and hiding it? Surely you can't be serious.

When I contacted Google phone support about this, I spoke to a lovely Indian gentleman who told me that Express Ads allowed people to search by area, as well as keywords. So if someone in a foreign country searches for "NH Web Design Companies", we come up. He did mention that these clicks are eventually filtered out, so we don't pay for them.

Some of you may say "so there, Charlie, what's your problem now?"

Remember when I said 50% of our daily budget was being used up by these clicks? Filtering and crediting your Adwords account for fraudulent clicks takes a day or so to process. But the way Express works, you get a daily budget, which gives you a certain number of clicks per day. Since the fraud isn't detected for a day or so, these clicks count towards your daily total. So, we are losing 50% of the impressions and clicks from legitimate local customers; by 1:00pm, our ad doesn't even show up anymore.

This obvious logic was lost on my Indian friend working the graveyard shift in New Delhi, who simply gave me a $100 coupon credit and asked if there was anything else he could do for me today. For some reason, I felt like a kid being handed a lollipop by a fat cat with a wad of my cash in his other hand behind his back. I then expressed my dissatisfaction with Google's lack of options, and may have suggested where he could place his $100 token. In other words, I thanked him and took the money. I did come up with a pseudo-solution by limiting the times the ad populates, only showing it from 8:00am to 7:00pm, EST. This has cut the click fraud down to 2 or 3 per day.

So, be aware of these facts - you wont be able to choose your keywords, you can't see the click data fully so you cant see overseas traffic without an additional tool like www.statcounter.com, and you will be treated like a fourth grader by a foreign support agent if you complain about it. But we still make money on it, so I guess we just have to deal with it. Seems to be the theme of the 21st century so far.